Located in Starkville, Mississippi, the stadium has a capacity of 61,337.

It was built in 1914 as Scott Field and was named for Don Magruder Scott, an Olympic sprinter and one of Mississippi State University’s first football stars.

It is the second oldest Division I-A college football stadium. The first college football game played post 9/11/2001 was at Davis Wade Stadium between Mississippi State and the South Carolina Gamecocks on September 20, 2001, and broadcast on ESPN. 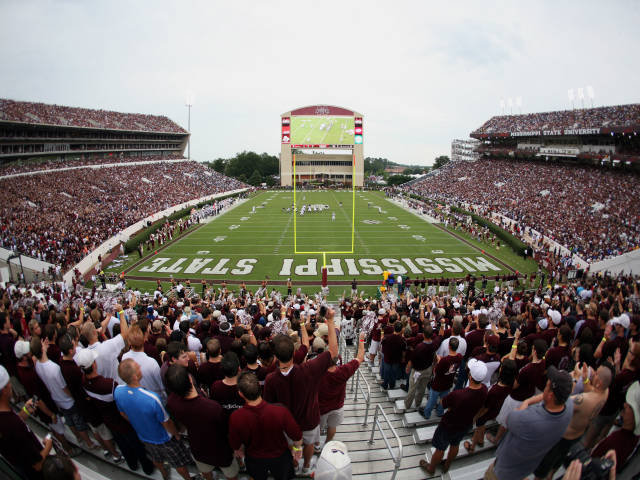 Mississippi State is embarking on a massive upgrade for Davis Wade Stadium at Scott Field to increase capacity to 75,000.

Members of the SEC